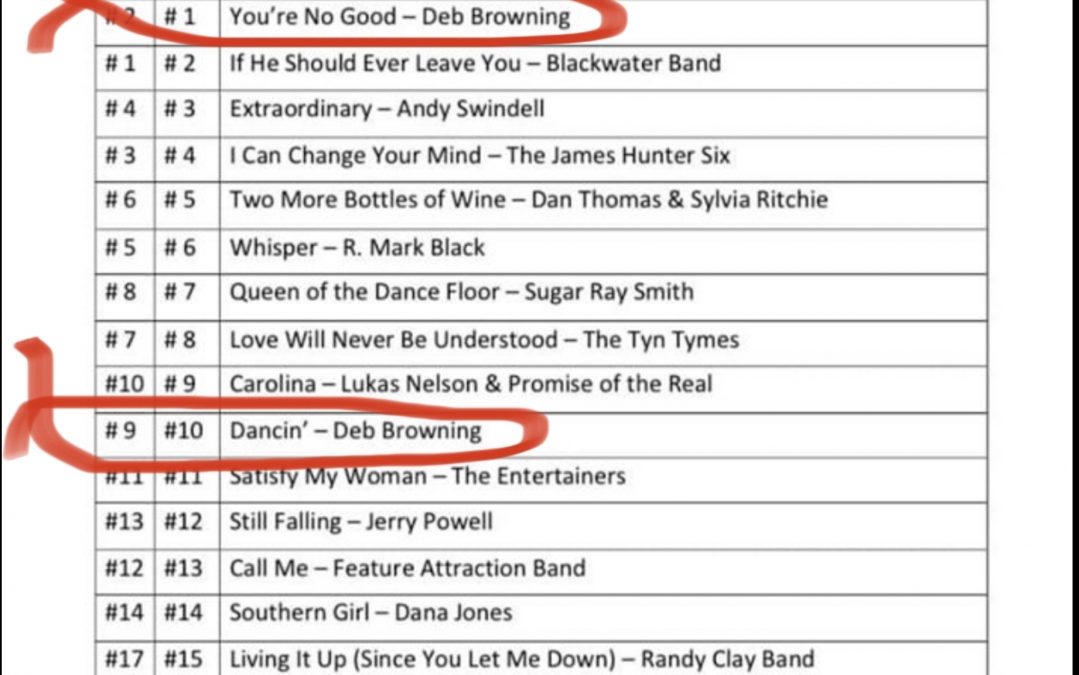 It’s time for an update on Deb Browning’s songs:

Deb would like to thank Don Mark of WTOB, Ray Scott of Riptide Radio, Eric Bowman of The Wave, and “Fessa” John Hook of the Beach Music Top 40 – AND all their listeners – for the continued support of her songs.